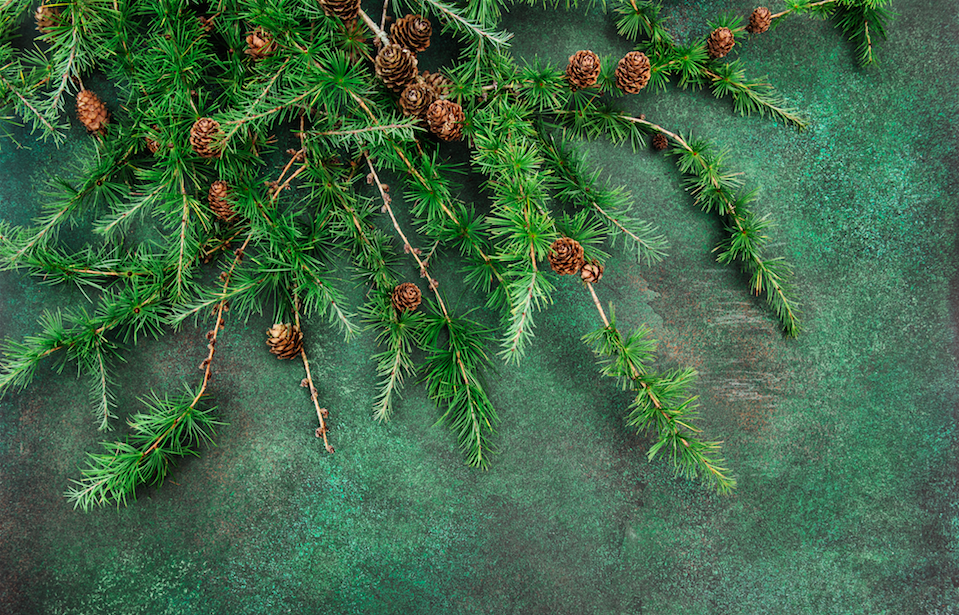 A Merry Christmas that Almost Wasn’t

Growing up in a southwest town has its advantages and disadvantages. For one, we never got snow, on the other hand, we never got snow. Let me explain, TV shows and songs would always tell us about dreaming of a white Christmas, etc. – we never heard songs about a white Chanukah, but that is another rant I guess. It always seemed that living in the southern part of the state of Arizona, we were not ever going to be afforded a Christmas with snow so that we, upon due process, would never have a real Christmas feel. This little tale is taken not from my recruiting life, but from an actual personal account of giving back on a holiday that is, well, about giving and the reason I always say Merry Christmas…

I was in high school, a sophomore,, and I was in love. You know the kind of love that you feel when you are sixteen, no experience in the ways of the world, yet you know – an everything type of innocence, ah puberty. Her name was Tracy, and she was my first actual love, I suppose.  Like I said, I was a teenager and not to diminish the feelings we had for one another, but that is what growing up is all about. She was kind and soft spoken and we adored each other. We smiled when thinking of each other and looking back, I am smiling as I write this. Tracy was raised by her mother, a single parent situation, which we had in common – in a way. Although my mother was married to my stepfather, he was not really in the picture. In an odd way, he caused more anguish in my life by being a foil to my wit but that is another story too, I suppose.

Being a working mother and providing the sole income of the house, it was tough on them. They lived in a two-bedroom apartment and it was close enough to the high school that Tracy walked each to school.  They could barely afford the car they had, so the option of another one was way out of reach. They got by, as they say, and the time we spent together took her mind off of things, situations, and it was Christmas. Although this was always a weird time in my life, and still is really, I was born a Catholic, but my stepfather was Jewish – and so, I was raised in that faith. I have a shawl and yamaka still in my closet from my Bar Mitzvah. My family liked Thanksgiving, less tension, so when Christmas rolled around if I was not in Yuma, I was left to my own devices. This year, I had no interest in leaving my girlfriend for an awkward trip to Yuma to celebrate a holiday that made half of my family uncomfortable.

It was cold that winter in AZ, which was somewhat unusual. People were hanging outdoor Christmas lights, putting up ornaments, the usual stuff you see at that time of year; except Tracey was not doing any of that. The week before the actual holiday, there was nothing up in the apartment. I knew she had ornaments and other baubles she could and should be hanging, as I had helped pull the boxes down weeks before and she was so happy to see them. She was awkward with me, standoffish, and at times would be angry for no reason that I could think of. I was a doting boyfriend, still am when given the chance. I finally confronted her as to why her behavior was so strange.

“My Mother lost her job, she was laid off, so we don’t have money to spend on a tree or presents”, she said.

I felt my heart skip a beat of pain for her as I had never heard, especially before Christmas, of something like this happening.  I remember under her protest hugging her tightly. She finally gave way from the stoic face she was wearing and sobbed in my arms. It was that very moment I formulated a plan in my head and decided she was going to have the best Christmas ever!

The Best Christmas Ever

When I left her apartment that night to head home, I instead went to my friend’s house where I knew some others were hanging out. I wanted to discuss the matter and tell them my plan, you see – they were going to be part of it. Those guys loved Tracy and they also loved that she made me happy and were up for anything for her and her mom, so they eagerly agreed and we put the plan in motion. Matt, one of my friends, went shopping the next day with his girlfriend – we took a pool that night from all the guys and girlfriends in our group, and since it was going to be a Saturday they went to the mall to get some token gifts, nothing too expensive and have them wrapped. John, being single at the time, came with me to get a tree because you cannot have Christmas without a tree and trees needs presents.

My friend Luke was working at a local Christmas tree lot, so we drove the truck over to see him and see if I could get a deal on nice Douglas Fir. When I found him I told him what we were doing and he just stared at me, no emotion at all and went over to a Douglas Fir that was a good eight feet tall, called over another chap and the two of them carried it to my truck. When I asked Luke how much I owed him, he simply said, “Owe me for what?” He winked and said, “Merry Christmas,” then just walked away to help another customer.

Sometimes, the spirit moves you to do the right thing and be a better human.

I had made plans with Tracy for that night so I knew she would be home, and so would her mother as well; she was not working, so where else would she be? The time came and we caravanned from Matt’s house with the tree in the back of my pickup and presents in Matt’s, the whole crew came, as we were going to decorate the house with them and sing, it was a team effort through and through. When we got to the complex, I saw the car in the spot and I knew this was going to be epic because they were home. Everyone sort of hid so they could not be seen and I went to the door with the tree, Matt and John helping hold it up from behind and I knocked on the door. Tracy’s mom answered the door and seeing the tree behind me starred with a quizzical look on her face at me, then the tree, then at me again. Before she could say anything, I smiled and instead of the eloquent speech I had in my head to pontificate the greatness of what we had accomplished in such a short time I simply said, “Merry Christmas, Ma’am,” then I just looked down. Then it happened – she, not really ever having been a fan of mine, did something she had never done before, she hugged me and kissed my cheek.

She said, “You are a beautiful young man and I am glad my daughter found you.”

The others sort of sheepishly came out into view just as Tracy came to the door to see what all the fuss was about, she cried, I cried, hell – we all did. We went inside the small apartment, John and I set up the tree while the rest of the crew decorated the apartment and then we placed the presents under the tree. The air was regaled by the voices of children just like the Peanuts cartoons that come on every year. A bunch of 16-year old kids, all from different walks of life, religions, and creeds, made a family down on their luck have a great Christmas that year.

I lost track of Tracy and her mom when they moved back to Tennessee and the young love we had was torn from us yet that is why I will always, no matter what, say “Merry Christmas!” at this time of year and always will.  I am not a practicing Christian but I understand what it means to those who are and what day means to them and, well, me.